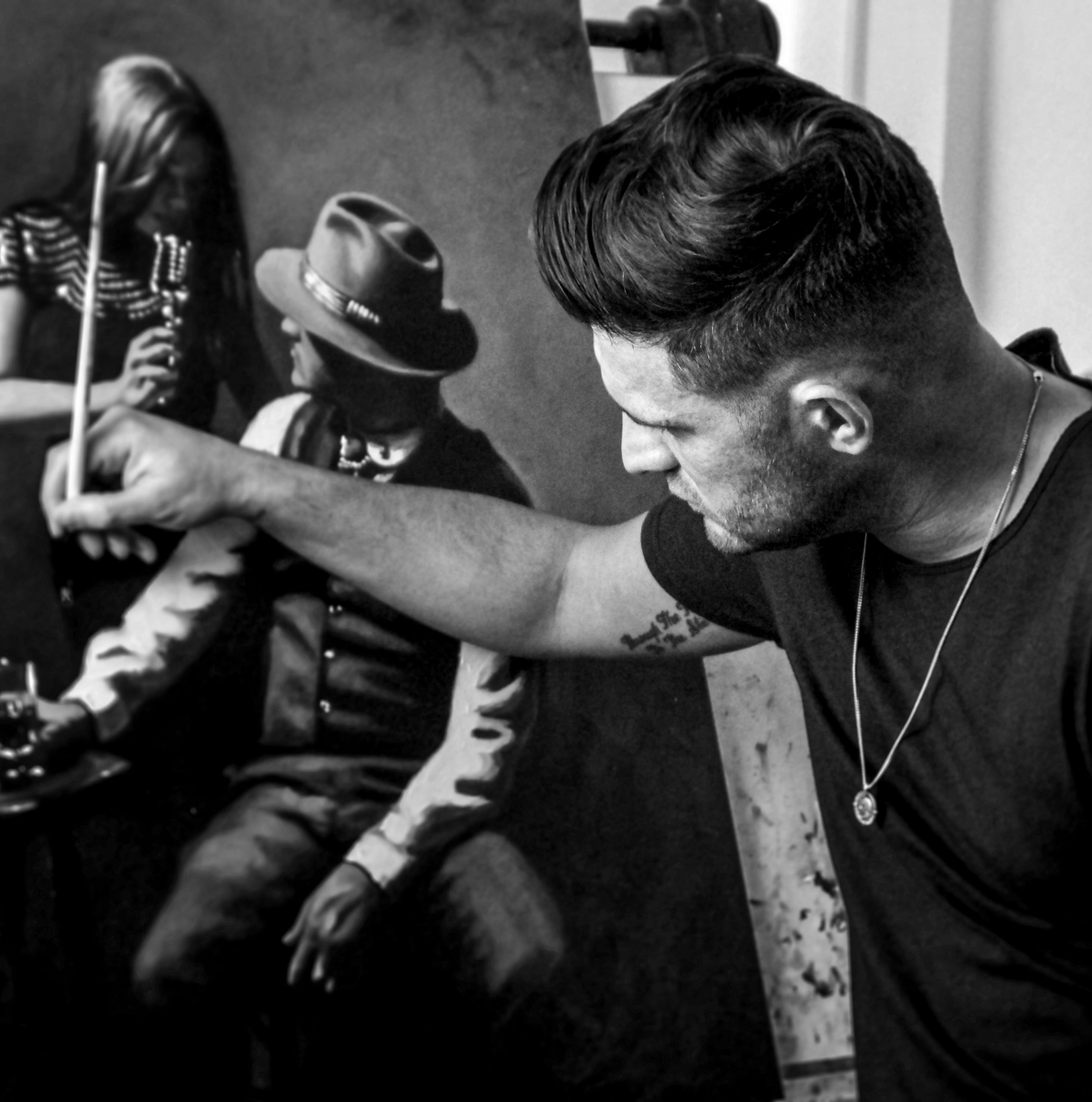 Richard Blunt – Born and bred in the West Midlands, Richard has always aspired to be creative. Loving art as a teenager, Richard decided he’d like to study Fine Art with the view to making his passion his career. However, taking advice from an advisor who told him, “you’ll never make any money as an artist”, he chose to compromise and to study three-dimensional design at Worcester College of Art. Upon leaving college, frustrated and unsure of his career pathway, Richard turned his mind to music. Whilst spending the next ten years playing in various bands he eventually relocated to Cardiff, South Wales, where he completed a degree in Popular Music and is still based to this day. Richard never lost his love for art, but it wasn’t until his late twenties that he was inspired to try oil painting and was instantly hooked. Following some early notable gallery success, in 2012 Richard was taken on by a UK based publishing house, placing his original artworks and embellished prints in galleries around the UK and gaining collectors for his work worldwide. Predominantly an oil painter, Richard paints in a traditional manner. However, inspiration from film, music and the world around him help form the backbone of his compositions. Obsessed with trying to make a painting tell a story, Richard uses fashion and props from bygone eras to help create his tales of love, life and mystery. Richard Blunt signed with Wishbone Publishing in 2018 and has a dedicated studio in Cardiff where he paints full time..

You can view a selection of Richard's work in our online shop by clicking the button below: